A  Brief  History  Of  The  Banjo  Ukulele

The 'banjo ukulele' goes by a number of names - ukulele banjo, banjolele, banjo uke and the earliest record of these instruments was back in 1917.

However it is unclear who built them first - John. A. Bolander or Alvin. D. Keech along with his brother Kelvin Keech but

both instruments was of a very similar design.

The banjo ukulele instrument became very popular in the roaring 20's the era known for it's jazz, blues and ragtime music.

It continued to remain popular in the big bands and swing era of the 30's.

The 20's, 30's 40's' would see many other companies come along and build these instruments,

some becoming leading brands in the banjo ukulele world such as Abbott, Ludwig & Gibson which are still just as sought after to this day!

With such choice becoming readily available more people would invest in such instrument for pleasure not just musicians.

The 50s and 60's had a slow down in making the banjo ukulele (mostly due to the effect of WWII) but this turned round again in the 70's.

The 70's would see the return of Abbott banjo ukulele's along with new comers such as Shellard, Ron Beddows & Ron Spiers

being joined by more luthiers in the 90s - Markendale and Cartwright. Once again sort after instruments.

Many a musician have been known for their banjo ukulele playing -

George Formby being one of them, who brought his own unique style of playing to the instrument.

His name to this day is associated with the banjo ukulele more than any other musician despite there being many others.

The full range of the Dallas Banjo Ukulele models; A, B, C, D, E.

Each with George Formby's name on the peg head.

Each with George Formby's name on the peg head. 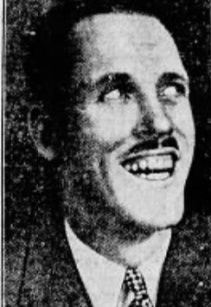 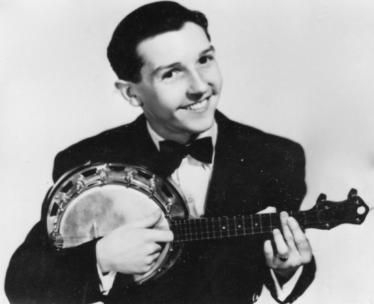 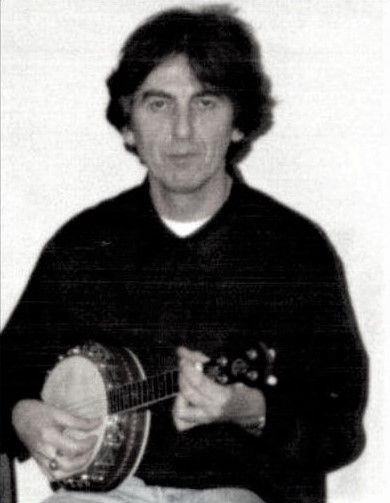 As you can see, the banjo ukulele has continued through the decades and it has passed the century mark!

Despite over 100 years on, these instruments are still popular contrary to belief and present day luthiers who make replica designs of

what is now classed as the' vintage' banjo ukulele are Phil Cartwright, Eddie Uttley and Dave Barnes.

We also had the privilege of knowing Jack Abbott Jnr of Abbott banjo ukuleles, we are sure he would be proud that to this day his and his fathers banjo ukuleles are still very much sort after and that they are so desired upon that people are making and selling such beautiful replica's.

with one of his

However, times has moved on and the modern day version of the banjo ukulele's are different to the vintage both in build and sound.

Gone are the days of gut strings and now with the fading out of the calf skin vellums but still bringing the fun factor to which the instrument lends itself.

The modern day era of banjo ukulele's are brought by companies such as Barnes & Mullins, Ashbury, Ozark, Countryman etc.

What ever people's preference in style / brand of the banjo ukulele, be it for pleasure or professional it is a great choice of instrument, with any genre of music played on them!

So whether you fancy buying your first ukulele or adding to your collection check out our Banjo Ukulele Instrument section.

You can shop for new or vintage and don't forget we can help you learn to play, help you care for them and we are always on hand to share our knowledge with you and point you in the right direction!